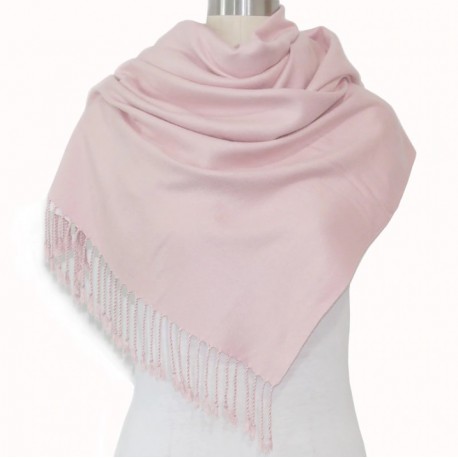 Notify me when available

*Tibetian cashmere - *Cashmere has been manufactured in Mongolia, Nepal, and Kashmir for thousands of years. The fiber is also known as pashm (Persian for wool) or pashmina (Persian/Urdu word derived from Pashm) for its use in the handmade shawls of Kashmir. References to woolen shawls appear in texts surviving from between the 3rd century BC and the 11th century AD. However, a popular notion in Kashmir is that it was the 15th-century ruler of Kashmir, Zain-ul-Abidin, who founded the local wool industry by bringing weavers from Turkestan. Another local tradition sees the founder of all Kashmiri crafts in the famous 14th-century saint Mir Sayyid Ali Hamadani who, the tradition goes, brought 700 craftsmen from Persia to Kashmir. When Ali Hamadani visited Ladakh he discovered for the first time in history the warmth and fineness of Ladakh goat wool. He combed some goat wool and made a pair of socks with his own hands. Afterward, he gifted those socks to the king of Kashmir, Sultan Qutubdin (1374-89 AD). Sultan was amazed by their durability and fineness. Ali Hamadani brought some raw goat wool from Ladakh and suggested the king start shawl weaving in Kashmir. That was the starting point of the usage of the cashmere wool.

Recycled – fibers reclaimed from scraps or fabrics that were previously woven or felted, and may or may not have been previously used by the consumer from various parts of the world.

**Australian wool - Global wool production is about 2 million tonnes per year, of which 60% is for clothing. Wool consists of about 3% of the world textiles market, but its value is higher due to material modifications. Australia is a leading wool producer, mainly Merino sheep. The wool quality is determined by its fiber diameter, warp, yield, color, and punch strength. Fiber diameter is the most important characteristic of the wave, defining quality and price. And the Australian wool is the world's highest-quality, with excellent results on all of the above points. Here are the main features of the Australian wool:

***Chinese mulberry silk - The silk used in fabric was first developed in ancient China. The earliest evidence for silk is the presence of the silk protein fibroin in soil samples from two tombs at the neolithic site Jiahu in Henan, which date back about 8,500 years. The earliest surviving example of silk fabric dates from about 3630 BC and was used as the wrapping for the body of a child at a Yangshao culture site in Qingtaicun near Xingyang, Henan.

Legend gives credit for developing silk to a Chinese empress, Leizu (Hsi-Ling-Shih, Lei-Tzu). Silks were originally reserved for the Emperors of China for their own use and gifts to others but spread gradually through Chinese culture and trade both geographically and socially, and then to many regions of Asia. Because of its texture and luster, silk rapidly became a popular luxury fabric in the many areas accessible to Chinese merchants. Silk was in great demand and became a staple of pre-industrial international trade.

When we say that we only use the highest quality silk available on the market, we mean mulberry silk.

For millennia, mulberry trees have been cultivated in China, and their leaves harvested as a food source for the mulberry silkworm (Bombyx mori). These caterpillars then build cocoons made of a single thread of raw silk up to 3,000 ft. long. The fine fibers are then spun to create the silk thread.

Although cocoons of other moths are also used to produce commercial silks, the Bombyx mori caterpillars who are kept on a strict diet of mulberry leaves make the longest and whitest fibers. The fabric made of mulberry silk is more uniform in both color and texture and is considered the best among all types of silk. Clothing and accessories made of 100% mulberry silk are the most durable in the luxury goods segment.

Mulberry silk is 100% natural, odorless and hypoallergenic. It contains sericin, a protein that is widely used in medicine and cosmetics for its wound-healing, moisturizing and anti-aging properties.

****English viscose - Viscose is the third most commonly used textile fiber in the world. Another name: rayon. It is a semi-synthetic fiber made from trees that mainly grow in the UK and China.

Be the first to write your review !